Sherzod’s book, Eleven Winters of Discontent: The Siberian Internment and the Making of a New Japan has been published by Harvard University Press.

Eleven Winters of Discontent is the first comprehensive history of the Siberian Internment in English based on Japanese, Russian, and English-language sources. Unlike most of the scholarship published on the internment (very little of it in English), the book relates the Japanese prisoners’ Siberian odyssey as a transnational event not limited to national borders and histories, a chapter of tremendous complexity that should be studied through international, multilingual sources.

Praise for Eleven Winters of Discontent

What was the Siberian Internment?

The Siberian Internment started with the capture of over 600,000 Japanese former servicemen by the Soviet Red Army in northeast Asia in August 1945. On the 23rd of that month, Joseph Stalin signed a secret order “On the Reception, Accommodation and Labour Exploitation of 500,000 Prisoners-of-War of the Japanese Army” (please see a copy of the document in the below image).

In one of the largest forced migrations of the past century, the Soviets rounded up those Japanese deemed “fit to work in the conditions of the Far East and Siberia”, assured them they were being sent home, and deported them to the USSR in freight trains. Interned in labor and prison camps across the vast Soviet landmass for periods between a few months to eleven years, the Japanese were exploited for labor and indoctrinated in the main tenets of communism. About a tenth of their total died in the USSR, succumbing to cold, malnutrition and backbreaking work; almost all of the survivors were released by 1950, barring a few thousand “war criminals” convicted of “anti-Soviet” crimes and often transferred from camps to prisons. The last group returned to Japan on December 26, 1956, two months after the restoration of diplomatic relations between the USSR and Japan.

Amidst hunger, abuse and deprivation of their illegal captivity in enemy hands, each Japanese prisoner cherished the dream of returning home. Few could be sure they would be able to once again walk the streets of their hometowns, or taste the rice cakes made by their mothers. Yet the internees’ travails hardly ended with their return home; in the US-occupied Japan many of them were greeted with suspicion and had to grapple with unemployment and discrimination in the increasingly anticommunist society. Through their association with the USSR, many became drawn into the early Cold War ideological battles, seen by their compatriots as unique witnesses and alleged agents of the Soviet enemy. For decades thereafter, thousands of them engaged in a Sisyphean struggle for recognition and compensation against successive governments.

Eleven Winters of Discontent retraces the internees’ voyage through Siberian camps, where each station unfolds a new layer of knowledge about the place and the historical period: Japan’s puppet-kingdom of Manchukuo on the eve of defeat, freight trains and transit camps on the road to the USSR, barracks and camp infirmaries, work sites and leisure centers, classrooms and propaganda program reading clubs, repatriation ship decks, train stations, homes, assembly halls and streets of postwar Japan. In reconstructing each point in the peregrinations, the volume draws on an eclectic mix of hitherto little used sources from the period: Soviet archives, Japanese memoirs and government documents, author’s interviews with the survivors, POW postcards sent from Siberia to Japan, US Occupation reports, newspaper and magazine articles, photographs, camp maps, films, paintings and propaganda leaflets. Above all, the book illustrates the complexity of the internment and the diversity of captive experiences in both the camps and in postwar, Cold War Japan. 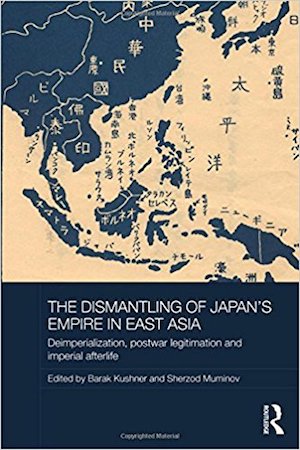 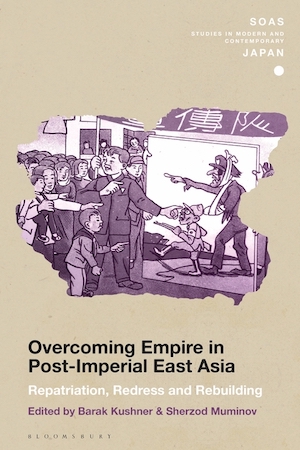